Home / Games / Begin the War with the Greenskins! 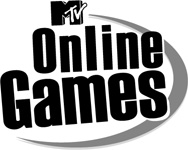 Got some games to play on? Flooding the world of games today are those that can be found online. Some games portray characters that are primitive, ill-tempered, and live only to fight until no one is there to block their way. Does anybody come to your mind with such violent character? Well, you might think of the savagery personified by the Greenskins. If you attempt to mingle with them, be sure you are not the weakest, if you don’t want to end up on their dinners plates.

This blog will make you wage war with the inevitable fight-lovers, Green skins. This game will make you fight for life. Make sure you have what it takes to play this game, because it won’t be over until you end your game right and win the battle. This blog will be your string force in order for you to do that.

Move around this blog and discover more of what we have prepared for you, game lovers! Prepare yourself, and let the game begin!