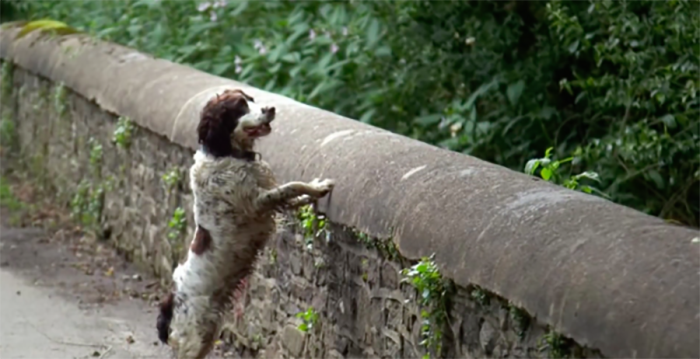 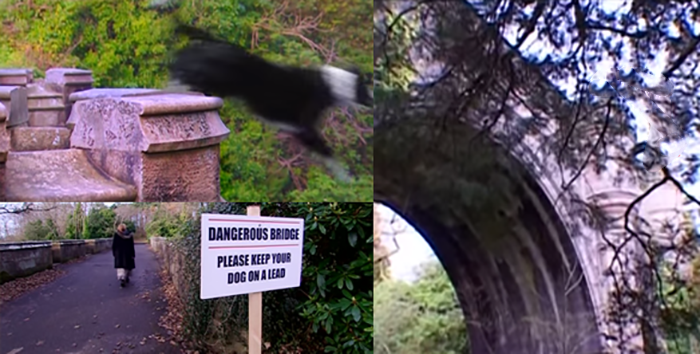 Creepily known for being the Dog Suicide Bridge, Overtoun Bridge is one interesting but horripilating landmark. Located in West Dunbartonshire, Scotland, this mysterious bridge has attracted the attention of international media for very peculiar reason. Pet owners would likely not want to walk their pets along this bridge. Not many would want to spend the night on this bridge. Know the reasons why this bridge draws tourists’ attention and hesitation. 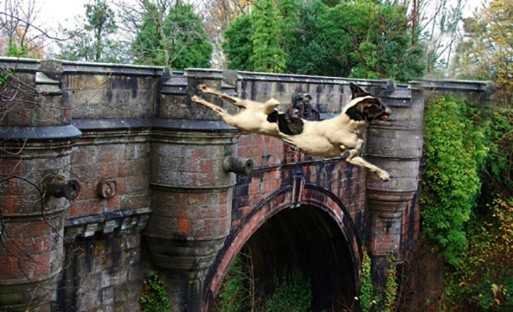 This bridge is not called Dog Suicide Bridge for no good reason. From the 1950s through 1960s, several dogs have jumped to their death from the bridge. On average, at least one dog “committed suicide” from the bridge per year during the mentioned decades. More than 600 dogs have already been recorded to have died after jumping from the bridge.

The Suicidal Dogs Had Long Snouts 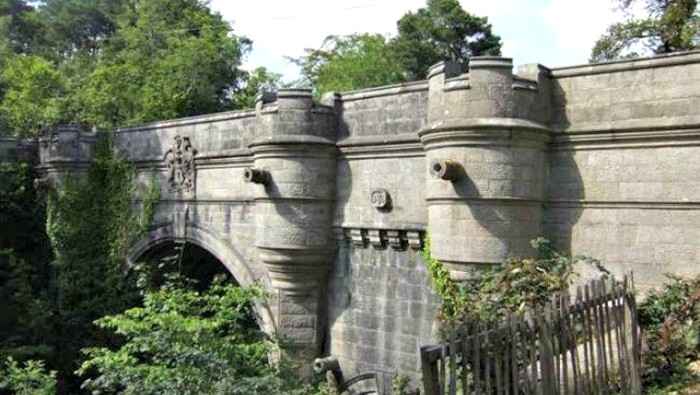 Interestingly, almost all of the dogs found to have leapt off from Overtoun Bridge had long snouts. As locals attest, this is the only common feature shared by the dogs reported to have died. For the animal behaviorists who studied the mysterious dog suicides, this commonality strengthens the theory that the dogs were indeed attracted by some strong smell below the bridge. But was this smell too strong and irresistible to make dogs lose their minds and forget that the bridge is too high for them to jump?

Not all the dogs that leaped off the bridge died. Some were only injured and were able to recover…only to jump from the bridge again. It’s as if they developed some obsession for suicide at the same bridge. 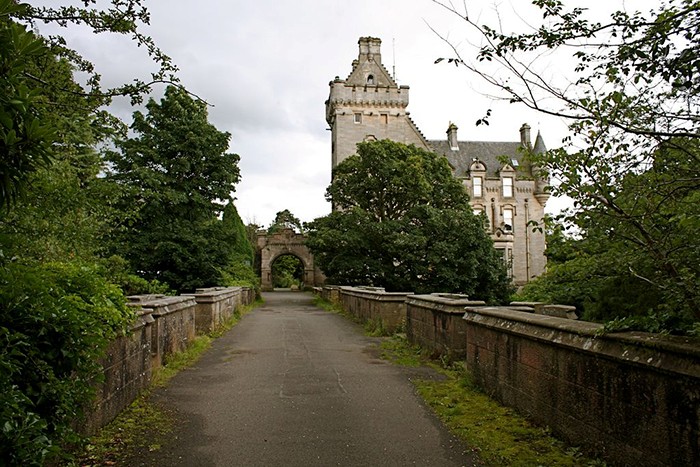 Overtoun Bridge, unfortunately, has also become a tragic site for humans. At least one was gruesome incident was recorded. It was in October 1994 when a man hurled his infant son from the bridge. When questioned, the man claimed that his son was the incarnation of the devil so he had no choice but to end the young life of his own blood. After throwing the baby, he also attempted to kill himself by jumping off the bridge. His screaming wife was able to prevent him from jumping. A day after the incident, he then tried to slash his wrists at their home using a kitchen knife. He was since declared insane and detained in the State Hospital at Carstairs. 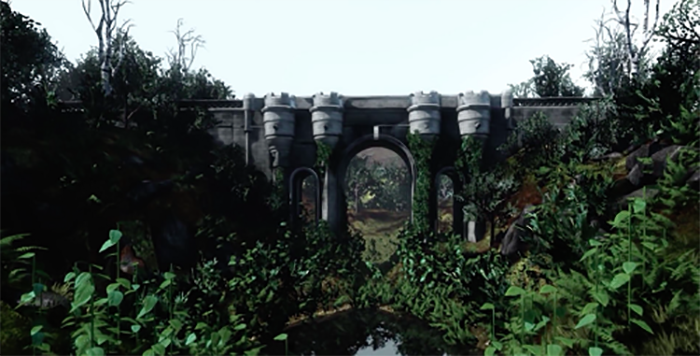 In an attempt to explain the mysterious dog suicides, some animal behaviorists asked to undertake a study say the dogs may have been attracted to the small of minks and rodents under the bridge. They even conducted an experiment to determine how potent the mink and mice scents are in attracting canine attention. However, some locals claim that there are no minks under the bridge or in the nearby areas. 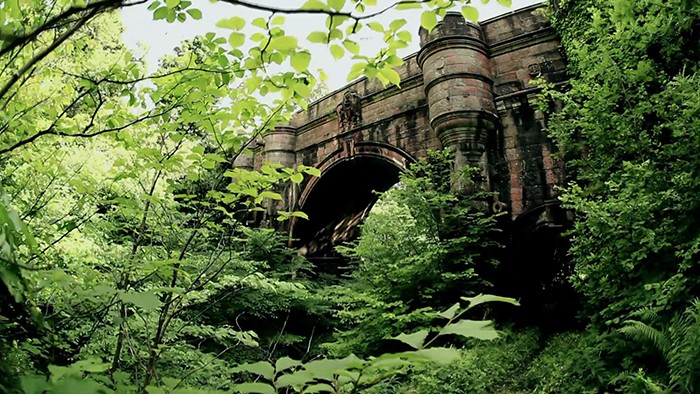 Some locals believe that the bridge is haunted. One Glasgow teacher, Paul Owens, said that when the builder of the bridge, Baron Overtoun, died, his grieving wife wandered the bridge not just for days or months but years. Her presence is believed to have lingered on the bridge. Others think that haunting may also have something to do with the infanticide incident (#4 above) involving a baby believed by his father (the killer) to be an incarnation of the devil. 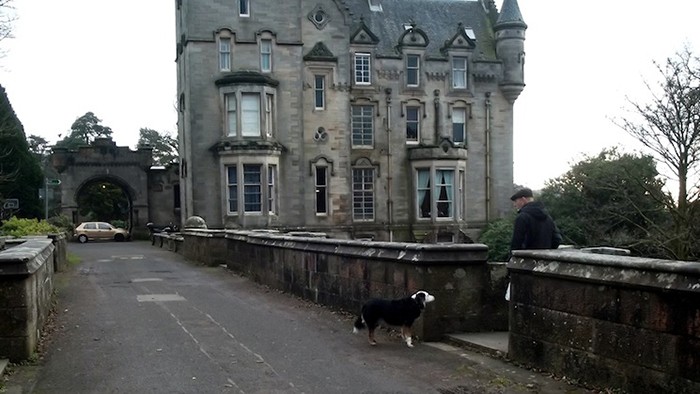 Aside from the stories about the bridge being haunted by the spirit of Lady Overtoun, there are Celtic beliefs that Overtoun Bridge is a “thin place” or a point wherein the barrier between the world of the dead and living is weak. There are insinuations that the dogs who jumped off the bridge were more sensitive to the presence of spirits that they jumped to their deaths while attempting to catch the otherworldly entities they have sensed. 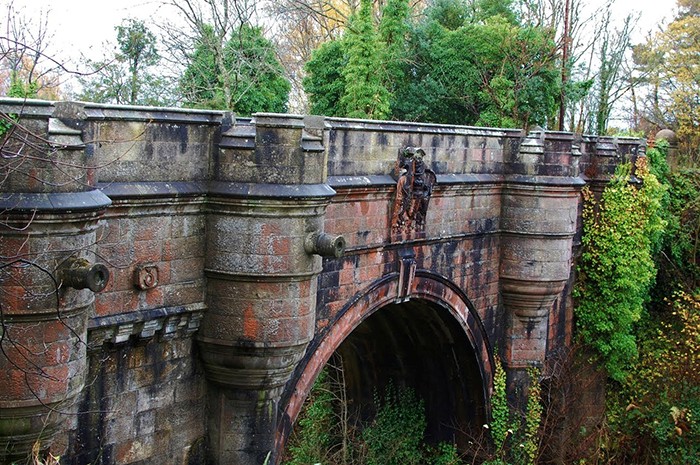 Overtoun Bridge is unlike other typical bridges. Its design is something that merits a second look and appreciation. Designed by civil engineer H.E. Milner, Overtoun Bridge features three arches. Two smaller arches sandwich a larger one that spans a deep valley through which the Overtoun Burn flows. It also features decorative bartizans or wall mounted turrets that project from the walls of the bridge. Moreover, the bridge is built using rough-faced ashlars. 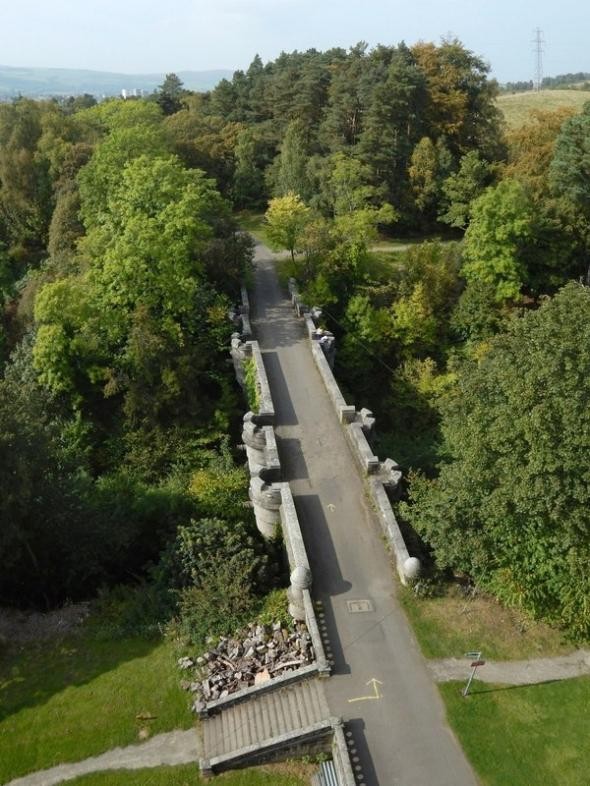 Jumping from a height of around 2 to 5 meters may not kill a dog although doing it repeatedly will eventually damage the joints. In the case of Overtoun Bridge, the height is around 50 feet or 15 meters. Worse, the landing ground is nothing capable of mitigating the shock of the fall. Dogs jumping off from the bridge are to land on solid rocks, virtually guaranteeing an immediate death. Even experienced professional parkourists cannot survive a fall from such heights. It’s worth noting, though, that a pitbull in Texas named Bundy made it to the news recently when he impressively survived a near-100-foot jump from an overpass. 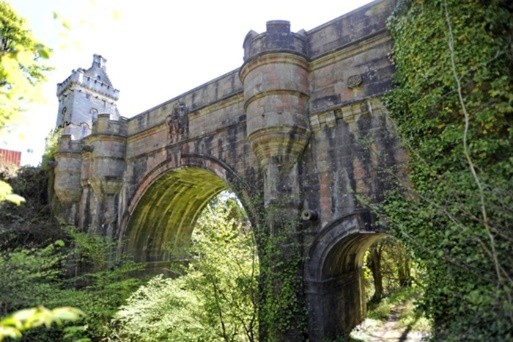 A sign that reads “Dangerous Bridge – Keep Your Dog on a Lead” (Yes, the word “LEAD” was used, not LEASH.) was erected near the bridge as a warning. The sign was not something that was quickly and easily put up, though. It was only installed after a number of locals lobbied for it. 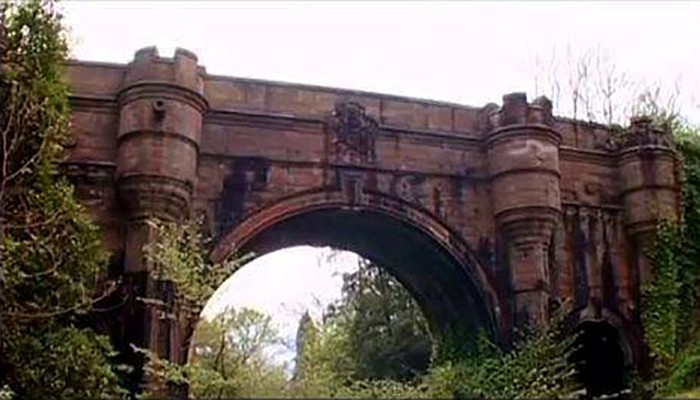 Overtoun Bridge is classified as a Category B bridge, which means that it is a building of regional or more than local significance. No, this does not mean that it’s B as in bad or that it is a second class architectural work. Despite the reputation the bridge has grown with, it is still being considered important as it represents an architectural style from a particular period.

Whether or not Overtoun Bridge is haunted and dangerous, it shouldn’t hurt following the advice of locals to not walk dogs along the bridge without having them on a leash. Better be safe than sorry. It’s always better to exercise prudence. There’s no compelling reason to not visit the bridge since there haven’t been incidents that solidly prove the dark mysteries behind it. Also, it doesn’t make much sense not giving in to the curiosity of seeing this mysterious bridge in person.